We asked our friend Peter Koeppel, Founder/President of Koeppel Direct, a full-service direct response marketing agency, to share his insights on the integration of social media, programmatic TV, mobile and the direct response industry.  Here are his comments in their entirety.

Nielsen research has suggested that 8 out of 10 U.S. TV viewers use their smartphones while watching TV. One of the behaviors they engage in is doing research of products and services they see advertised and of course, this is where social proof comes in. Social proof can take the form of product reviews, starred reviews, and opinions. In the case of DRTV, the degree of skepticism may be higher because what is being advertised isn’t necessarily coming from an established brand.

It is, therefore, incumbent upon the advertiser to have a social media presence. Not only would a brand be missing an opportunity to further connect with the consumer, but according to HubSpot, 95% of Millennials expect brands to be on Facebook, and the vast majority of those up to 60 years old expect the same. Consumers may be disappointed to find that a brand does not have a social media presence, but even worse may not trust the brand as social channels signal a company’s legitimacy, and dedication to transparency and customer service.

Social media can also be used as an additional marketing touch point for consumers in the sales funnel. Social media allows brands to remain current and top of mind with consumers and social media ads can be used to specifically reach the target market via the social channels’ targeting options, custom audiences, or re-targeting methods while the user is online or on their mobile device, prompting the user to convert.

Beyond sales, DRTV and social media can both be used to allow a brand/product to show how they can provide value to a user. The item being sold is meant to serve a purpose in someone’s life and help solve a problem they are experiencing. Because social media users do not just want to be sold to, the “value” messaging used in DRTV can be shortened and massaged to show the social media user how the brand/product can improve their life.

As reported in AdWeek, a recent study from Turner Broadcasting and a leading media company that was done jointly with MarketShare concluded that television is still “the most effective and efficient way to reach consumers.” However, a recent Nielsen report entitled Screen Wars: The Battle for Eye Space In A TV Everywhere World reported that 67% of viewers switch to another channel when a commercial advertisement comes on. Furthermore, Nielsen reports that more than 8 out of 10 TV viewers may now be watching with a second screen at the ready (smartphone or tablet), causing further distraction.

Enter programmatic TV that uses set-top box and smart TV technology and household demographic data to theoretically deliver far more targeted advertising. Though programmatic TV advertising is in its infancy, according to a new report from IPG Mediabrands’ Magna Global this category will grow from 4 percent of TV budgets in the current year to 17 percent in 2019. To put that into perspective, that would represent $10 billion of what is today an annual domestic TV ad spend of approximately $70 billion.

Like any genre of advertising that purports to be more targeted, advertisers should expect to pay a premium for programmatic TV advertising as it theoretically delivers a more concentrated audience. So, for example, if an advertiser wanted to reach Men 35+ with a household income of $75,000+, they should expect to pay a higher cost per thousand (CPM) to capture that audience. Since direct response has historically relied on remnant airtime sold at a steep discount, it is unlikely that this emerging category of TV advertising will necessarily be appealing to direct marketers unless it reaches a scale of inventory where unsold media is offered at a lower cost similar to conventional DRTV ad time.

Similarly, mobile advertising offers the ability to be far more targeted than DRTV because advertisers are able to collect so much more data about the individual user and can, therefore, deliver targeted ads with precision. Mobile can be an effective means of retargeting consumers who have visited an advertiser’s website, providing the ROI is commensurate with the cost of the advertising. TV is still the most mass of mass media and acts as an awareness vehicle to spark interest and incite curiosity. Once a viewer uses that second screen to visit your website and conduct research, they have entered the proverbial sales funnel. The question is, can other platforms such as mobile nudge them down that funnel to the point that they become buyers at a cost that is effective for the marketer? That is really the nature of the challenge that we face today. 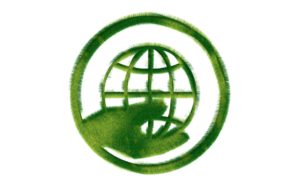 It can tell riveting stories and stir up powerful emotions on a global scale. Is it the latest novel, a blockbuster movie? No, it’s good ol’... 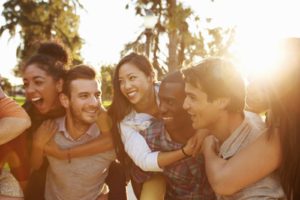 It’s noisy out there. And much of the hubbub is flying out from the crosscurrent of marketing messages vying for our worthy attention. So how do you cut through the commotion when you’re creating...