Brands promoting with online video productions can now tilt with the times. Credit the latest advance in video technology – 360-degree video. So what’s the big deal about the innovation? Well, plain and simple, 360-degree video shifts viewing control into the hands of users. Watching a video on a computer, smartphone, or tablet, users can tilt and pan to create their own camera angles. Now that’s interactive!

The magic of 360-degree video begins right at the source – the camera. Google has waltzed right in, developing a 16-camera setup in conjunction with Go Pro. Named The Jump, the camera array captures high-quality video perfect for manipulation by the end-user.

The Jump definitely lives up to its name — both in terms of advancement and cost. The innovative system will sell for a hefty $7,000 – $10, 000. Look for it in the marketplace later in the year. Does this leave the budget-conscious stuck on the sidelines? Not at all. 360 Heros has developed a setup equipped with six GoPro cameras. Price tag — $595. Many others are getting into the act, as well.

Remember, this isn’t photo op time with your smartphone camera. You don’t just point and shoot. Mastering a 360-degree system will take some learning. Composition, framing, and other variables must be re-thought. So along with product cost, marketers will be facing some training expenditures.

But it will be worth it. Already, major players such as YouTube are throwing major support behind the technology. And with good reason. 360-degree video is destined to raise engagement levels to new highs. And that bodes well for marketers using video productions to promote their brand.

If you have questions or thoughts about 360-degree video productions, please leave a comment for our team.

And be sure to reach out to IDR for the latest in video marketing. We’ll help you generate high-quality leads with DRTV, reach online shoppers via DRTV in conjunction with social media, and build your brand with traditional video productions. Contact IDR for a free consultation. 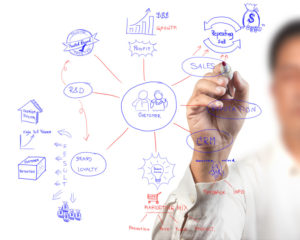 What Brands Should Know About Naming Their New Baby

Brand image … knowing it, creating it, managing it … all factors that have ignited the soaring success of IDR Productions in the realm of red hot